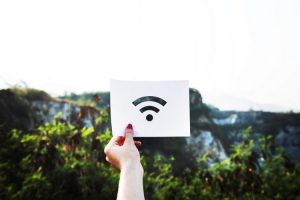 Believe it or not, dial-up Internet still exists. Companies like AOL count rural residents among the dedicated customers keeping them alive today. Dial-up Internet’s main advantages are that it is affordable and ubiquitous, so it is the most accessible option for any rural family. However, dial-up is considered dated for a reason, as it cannot be used at the same time as a landline phone and has abysmally low bandwidth.

DSL or Digital Subscriber Line Internet is a step higher from dial-up, since it also uses phone lines but allows users to use the telephone and the Internet at the same time. Because it uses existing phone lines, it is also fairly affordable. While this option performs better than dial-up, it is also relatively inconsistent and can be slow for some and fast for others.

Mobile Internet providers such as UbiFi are among the best alternatives to satellite Internet because they provide a lightning-fast, reliable Internet connection anywhere in the United States. Furthermore, companies such as UbiFi often provide unlimited 4G rural Internet with no data caps or overage fees to worry about. UbiFi also provides low-latency Internet (<75ms) ideal for rural gaming.